Hey there, do you know your name? of course you do! I mean the one God calls you, the new name He gave you when you surrendered your life to Him.

I feel like a newly wedded bride at the moment ‘cos again He reminded me of my name when I felt like the name doesn’t even suit me anymore.
So here’s how I got the name Oyinkan_God’s treasure, I had always explained the source of that name with the thought that I gave myself because when I was at the University, a classmate asked why I didn’t have an English name and only my Yoruba and religious name, so I went to class the next day and decided to give myself “God’s treasure” everyone laughed and I told them I meant it, I took further step and decided to include it as my facebook name.
Fast forward, God kept on confirming that name even when my I was  being stubborn about it, I remember a friend one time told me to change my profile name, in his words “Everyone is God’s treasure!” I wish I could turn back the hand of the clock to reply him now ‘cos I almost fell for that before my personal revelation!
One day I saw while studying the word this particular verse, even though I had seen similar verses before, this one got stuck in my head, it was almost like a voice that speaks in my ears all the time.
“Out of all the peoples on the face of the earth, the Lord has chosen you(Oyinkansola) to be his people, His TREASURED POSSESSION” (Deuteronomy 7:6)
I know a lot of times that name has been underestimated, but I was reminded how Mephibosheth the son of Jonathan, an heir to the throne called himself a dead dog,  the sons of Anak called themselves grasshoppers in ignorance!
I was reminded of my blood covenant with Jesus Christ when I turned my life to Him, my name was changed immediately, even though it took me time to love the name my parents gave me (Oyinkansola), I  already had a better name!
I am still wondering why this love? why would he chose to call me out of all the people on the earth His special TREASURE, I know it’s because he deeply loves me and I am so glad He knows my name.
He calls me my full name and said I am very special to Him, Every child of God has been given a name, our duty is to ask Him what it is, perhaps He’s been calling you by that name or even using people to call you by that name and all you do is refuse to believe just because you don’t look like it right now, whether you reject it or not, your name had been registered once you gave him permission to be your Lord, stop struggling to agree! stop looking down on your self! if He called you royalty then start acting like one, whatever He calls you,  start acting it, call yourself that name with pride, allow people to laugh, they are free to give whatever opinion they want, but don’t let them shake your personal revelations!

Gideon was called a mighty man of valor and he was shocked until he finally realized what he was capable of……. He led me to remind YOU of this! 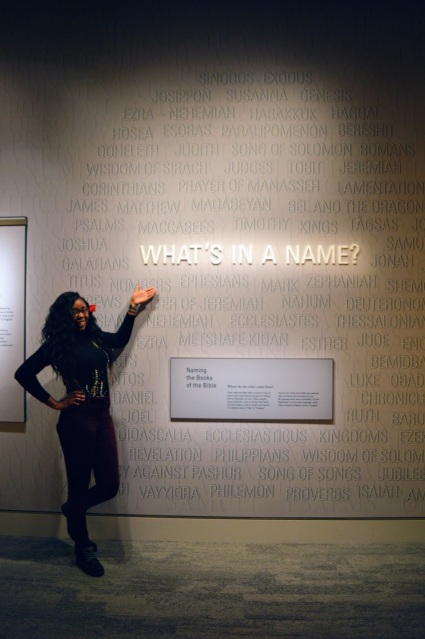